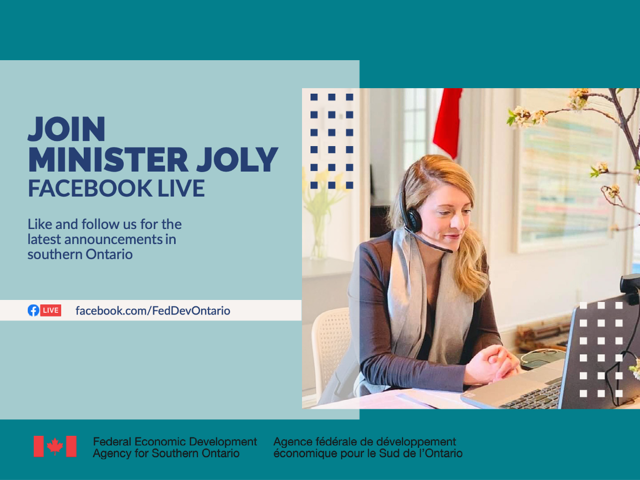 FedDev Ontario continues to work closely with southern Ontario businesses, communities and innovators, and we’ve added a new platform to keep you more connected than ever. Follow us on Facebook for news, updates and announcements via live stream on FedDev Ontario projects and innovations in the region. 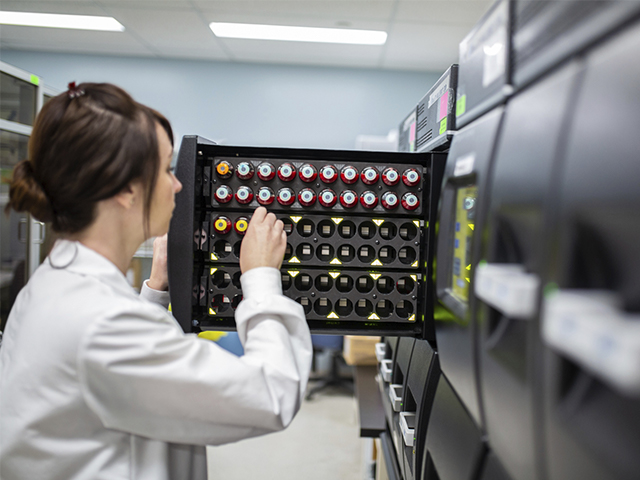 Blood cultures are loaded into an analyzer at Hamilton Health Sciences' medical laboratory.

FedDev Ontario invests over $23.5 million in innovation and technology

With a focus on innovation and technology, Minister of Economic Development and Official Languages and Minister responsible for FedDev Ontario Mélanie Joly recently undertook a two-day virtual tour where she announced over $23.5 million for businesses and organizations in Hamilton, Toronto and Burlington.

An investment of $6 million was announced for Hamilton-based catalyst Innovation Factory, which will work alongside the Synapse Life Science Consortium to launch the Southern Ontario Pharmaceutical and Health Innovation Ecosystem (SOPHIE), a full-service innovation hub in Hamilton. SOPHIE will connect healthcare entrepreneurs and start-ups with the expertise and guidance needed to accelerate the commercialization of their products. Support through SOPHIE is expected to create 50 new jobs, maintain an additional 100 jobs and encourage 100 firms to either establish themselves or grow in southern Ontario.

Minister Joly also announced a total FedDev Ontario investment of $14.6 million to support the growth of six Toronto-based tech firms. The contributions will support advancements in robotics, artificial intelligence (AI), cloud-based and Internet of Things (IoT) solutions, specialized software and the establishment of a new manufacturing facility to mass produce nanosatellites. In total, these six projects are expected to create 128 skilled jobs. 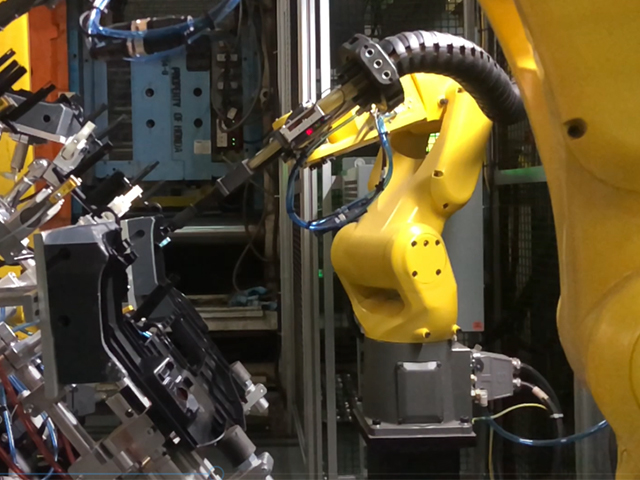 The Government of Canada continues to provide strategic support for the advanced manufacturing sector to help companies remain competitive and resilient in the face of COVID-19, and FedDev Ontario remains committed to delivering this funding throughout southern Ontario.

A FedDev Ontario contribution of $5 million will support Valbruna ASW Inc., a significant employer in the Niagara Region and Canada’s only specialty steel producer. With this investment, the company aims to add 15 new jobs and maintain 110 existing jobs.

FedDev Ontario also announced a total repayable contribution of $3.9 million to support the scale-up and growth of two leading Vaughan area manufacturers: Kumi Canada Corporation (Kumi Canada) and York Metal Products. Kumi Canada is a supplier of injection molding and assembly products for the automotive sector, and with $2 million in FedDev Ontario support, will expand its Bradford facility by 60,000 square-feet to accommodate new equipment and increased production capacity. York Metal Products is a metal fabricator supplying a wide range of sectors, and the $1.9 million in FedDev Ontario support will allow the company to purchase advanced robotic equipment to scale up production. These two projects will add over 90 skilled jobs in Bradford and Concord.

Techo-Bloc Inc., a leading manufacturer of permeable pavement, an environmentally-friendly alternative to traditional concrete, recently received a FedDev Ontario repayable contribution of $2.5 million. With this investment, Techo-Bloc Inc. will open a new production facility in Ayr that will employ state-of-the-art production equipment and research facilities and add 50 high-skilled jobs to the area, helping build resilience for the future. 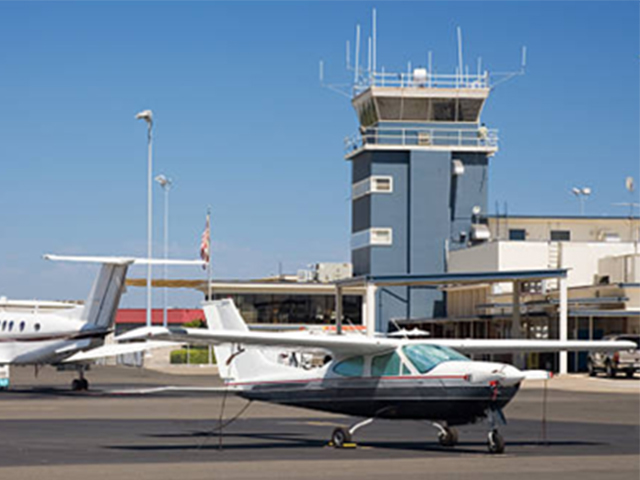 Recognizing the profound impact of the COVID-19 pandemic on the air transportation sector, the Government of Canada recently introduced the Regional Air Transportation Initiative (RATI) to help businesses and organizations in regional air transportation ecosystems to remain operational through these difficult times and continue to support the economic growth of our regions.

Valued at $206 million nationally, RATI is being delivered by Canada’s regional development agencies, with FedDev Ontario delivering $24.2 million in southern Ontario to regional businesses and airports that directly contribute to regional air transportation. The initiative is designed to help ensure that regional air connectivity and services, which are critical to economic growth, are maintained and that regional routes are reconnected across the country. 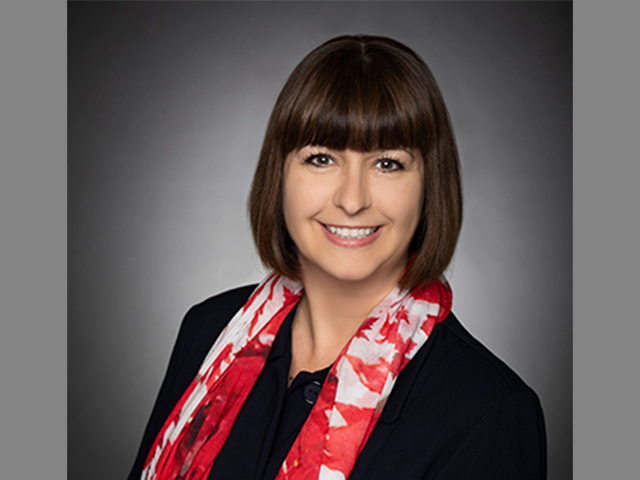 Marie-France Lalonde was first elected as the Member of Parliament for Orléans in 2019. She has served as a member of the Standing Committee on Veterans Affairs and the Standing Committee on Official Languages. Her career in politics includes five years with the Ontario Legislative Assembly as the member for Ottawa—Orléans, beginning in 2014. During this time, she served various terms as Minister of Government and Consumer Services, Minister of Community Safety and Correctional Services and Minister of Francophone Affairs.

Ms. Lalonde’s passion for bringing positive change to her community is evident in her previous career as a social worker, serving in leadership capacities with the Children’s Aid Society, the Ottawa Hospital and in senior management roles in a number of retirement homes in the Ottawa—Orléans region. She was awarded the 2010 New Business of the Year Award from the Orléans Chamber of Commerce for her work as co-owner and Executive Director of Portobello Manor.

FedDev Ontario warmly welcomes PS Lalonde to the team and extends gratitude to PS Young for the work that she has done with us. We wish you all the best in your future endeavours! 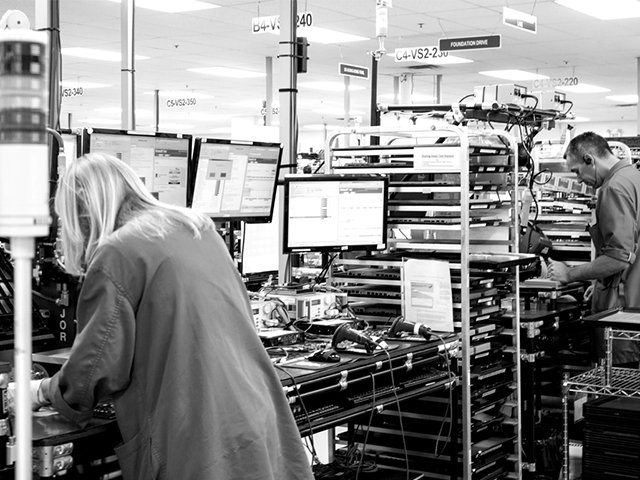 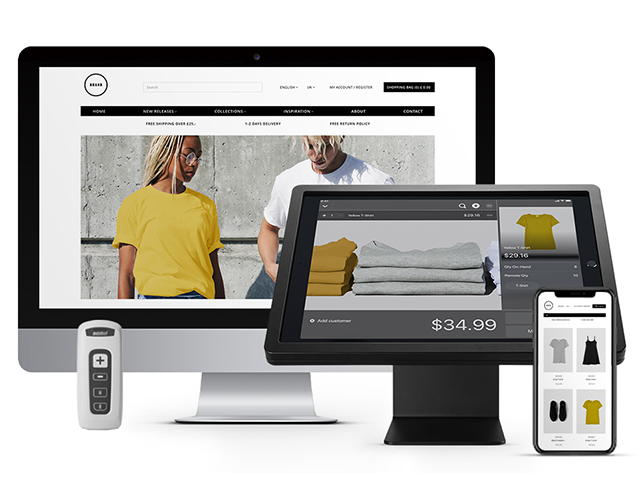 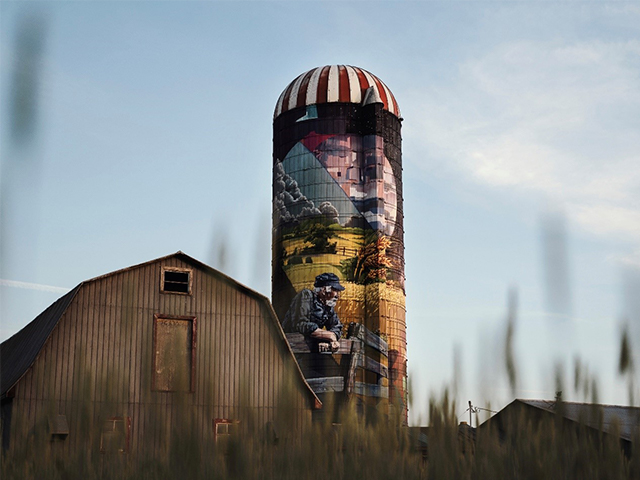 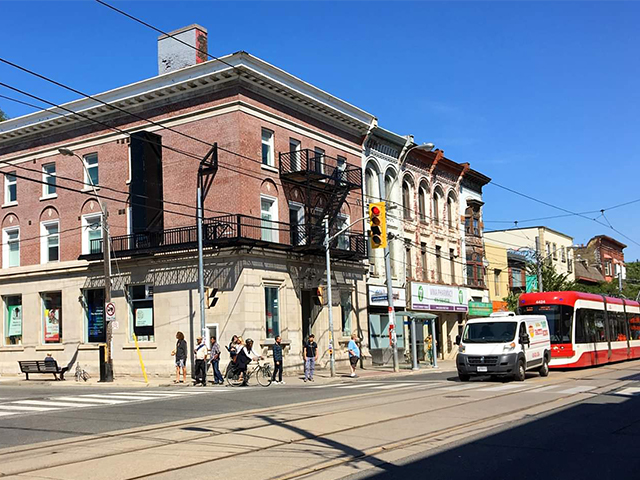 Congratulations to our funding recipients who have made the Narwhal List of Canada’s most notable start-ups: @Wealthsimple, @PointClickCare, @MindBeacon, @getmaple, @Nicoya_Life & @D2L! #InvestintheBest

SONAMI is reaching new heights by adding a leader in aviation to its network.

Niagara College's SONAMI is welcoming its latest addition: Centennial College! The college has been a leader in the aviation industry for more than 40 years and will use its expertise to help SMEs develop new technologies in the aerospace industry. #proudtosupport

Newsweek has released a list of the World’s Best Hospitals in 2021 and three of the six amazing Canadian healthcare facilities on the list are a part of TIAP - Toronto Innovation Acceleration Partners. TIAP brings academic, hospital and business partners together to improve care options, patient outcomes and to reduce costs.

Congratulations to Mount Sinai Hospital (Toronto), Sinai Health System and Sunnybrook for being named as three of the World’s Best Hospitals. We are proud to support TIAP through FedDev Ontario funding.

This event is a large-scale global technology conference with speakers including high profile global leaders in technology, politics and business.

Canadian Defence Marketplace is a new and innovative global platform giving you access to international buyers, distributors, and decision-makers through virtual B2B/G meetings.

SIGN UP FOR REGULAR ECONOMIC
DEVELOPMENT UPDATES IN YOUR INBOX